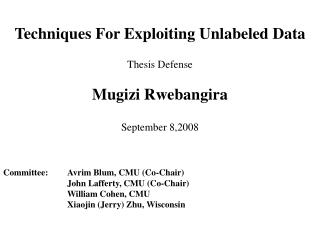 Exploiting new Genome Data and Web Resources for the Phylogenetic Analyisis of Proteases, Substrates and Inhibitors

Semi-Supervised Learning - . can we improve the quality of our learning by combining labeled and unlabeled data usually a