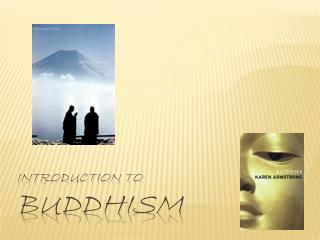 Introduction to Buddhism. Buddhism is similar to Western religions in that …. ….it has a founder …it tells a narrative story …. it has rituals, saints, holy places, shrines, prayers, gods , rites of passage, scripture, monks/nuns. Siddhartha Gautama.

Buddhism - . and siddhartha gautama. facts and stats. buddhism stemmed from hinduism and was started by a real historical

Buddhism - . objective: to discuss the impact of buddhism on daily life. spread of buddhism. buddha attracted many

Buddhism- A Dynamic Humanism - . creating a world of peace and happiness!. overview. introduction to sgi and nichiren

Buddhism - . by: janiya parker, iyana’ lowe , and bella chaucer. 1.when and where did buddhism begin?. buddhism began What is Buddhism? - . buddhism is a religion to about 300 million people around the world. the word comes from 'budhi',

Buddhism- A Dynamic Humanism - . creating a world of peace and happiness!. overview. introduction to sgi and nichiren

Buddhism Unit Five - . introduction. buddhism has become very popular in the west as people try to “find themselves”

Buddhism - . by kevin mcmahon. buddhism. buddhism is the fourth largest religion in the world. it was founded in northern