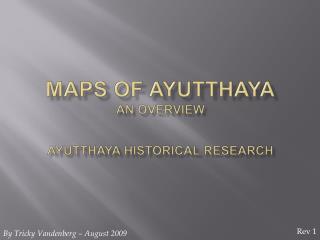 Thailand - . culinary tourism. rachamankha. culinary facts . each region has its own chili sauce or paste six types of

Thailand - . by: b. studious and d. o. yerwork. history - kingdom of siam. military leaders forced the government to

Types of Maps &amp; Map projections , - . social studies. purpose of maps. what is a map? a map is a graphic