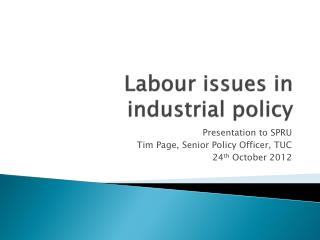 Industrial Policy: The Experience of Developed Countries - . khalid sekkat (university of brussels). reference for the

Introduction to the Labour Law and Industrial Relations in Finland - . katja lehto-komulainen, senior adviser for