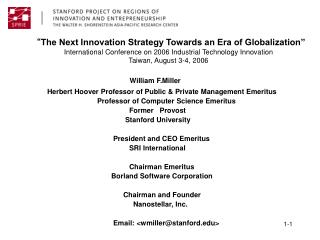 The Great Depression and New Deal - . essential questions. what underlying issues and conditions led to the great

The State of the Global Economy - . lawrence j. lau , ph. d. ralph and claire landau professor of economics , the chinese