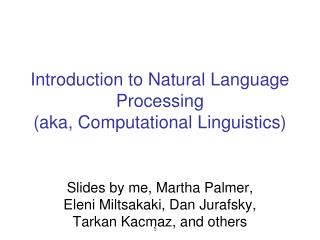 Introduction to Computational Linguistics - . chunk parsing. sources. this presentation is largely based on the nltk