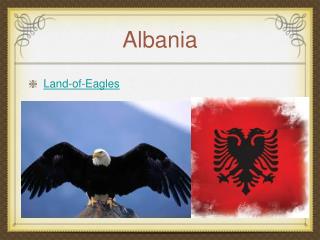 Albania - . the most commercial berry is strawberries in albania. imports of strawberries are 40 – 60 tons year.

Albania Poverty - . by dean and peter!. how does poverty effect the people in albania. despite the economy robust in

BANK OF ALBANIA - . competitiveness of the albanian economy with a view to eventual eu accession: current situation and

BANK OF ALBANIA - . liquidity risk standards and measurements during and after the crises. indrit banka ohrid june 15 –