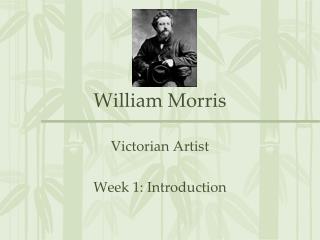 William Morris. Victorian Artist Week 1: Introduction. William Morris. William Morris (1834-1896) was among the most creative artists Britain has ever produced. His accomplishments are extraordinary in their range and depth. He was a revolutionary interior designer

National Survey of Student Engagement - . university of minnesota, morris. nsse 2004. program overview. what is nsse and

How did William control England after the Battle of Hastings? - . walt – explore a motte and bailey diagram. starter -