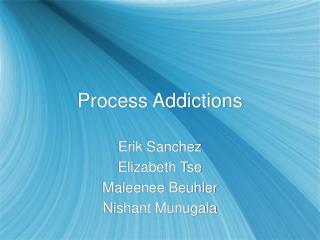 The Process of Speciation - . section 16–3 this section explains how species evolve and describes the process of

Addiction - . “please sir, may i have some more”. what is addiction?. addiction is the continued use of a mood