Gas and Beyond - PowerPoint PPT Presentation 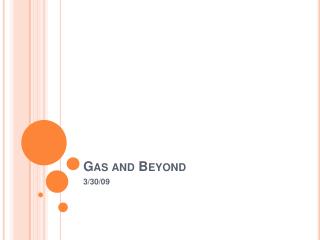 Gas and Beyond. 3/30/09. What’s Up Doc?. Today we complete one topic, quickly cover another and then begin to discuss resonance. Without this topic, musical instruments would not exist!

Beyond PowerPoint - . be brief. limit what you put on slides focus on key points. be concise whenever possible. this. not

Beyond PowerPoint - . presentation tools, design, and delivery training for social sector professionals . my wife was

PETR 464 Material Balance: Dry Gas - . basic definition. application of the law of conservation of mass to oil and gas