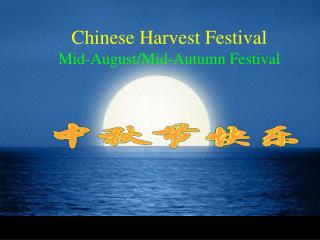 Price differentials of moon cakes before and after Mid-Autumn Festival in Hong Kong - . 4u sammi kwok (14) melissa

The Festival of Booths - . sukkot. what is sukkot?. seven day festival on the fifteenth day of tishri (generally lands in

Dragon Boat Festival - . dragon boat festival is one of the major holidays in chinese culture. this summer festival was

Chinese Lantern Festival - . by: dimitri kalogeras . how did it start ?. the chinese used to people called origins. one

Autumn - . autumn. the months that make up autumn are september, october and november. in england there are many special

Holi Festival 2018 - India is a land of mix colors and religion. people all over india wear colorful dresses and make