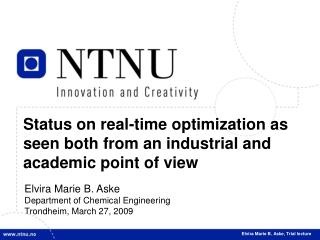 Elvira Marie B. Aske, Trial lecture - Status on real-time optimization as seen both from an industrial and academic point

MARIVI LAGOS ELVIRA - My past, present and future. marivi lagos elvira. past. when i was a child…. i was taller than

Lecture Intro B - . what is soil? “you will die but the carbon will not; its career does not end with you. it will

Lecture 4 (b) - . foreign exchange rates and international parity (outline). what we mean and why it matters purchasing