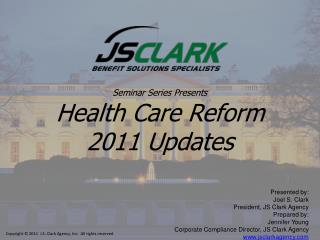 Medicare: Survive Today And Prepare For Tomorrow - . monday october 11, 2010. today and tomorrow is all about health care

Health Care Transition - . transitions in care for adolescents with special health care needs preparing for the

How To Talk To Business About Health Care Reform - . november 3. 2007. major concepts. we have no system coordinating

FROM VOLUME TO VALUE: Better Ways to Pay for Health Care, and How to Get There - . harold d. miller executive director

New Models for Care Delivery in the Reform Era 9.27.2012 - . agenda. key challenges of the reform era hospital and

Chapter 1- Health Care Systems - . history of health care. pertinent questions. when did most of the most significant