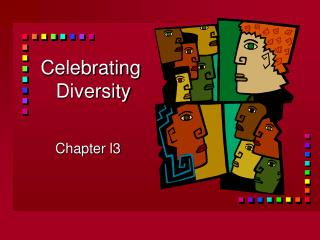 Celebrating diversity: What do I bring? - Find out more about how diversity has a positive impact on us as individuals

In the presence of all peoples: Celebrating cultural diversity - . social justice week 11-17 september 2005 . each of us

Celebrating Traditions - . does your family have any special traditions?. in the united states, we celebrate thanksgiving