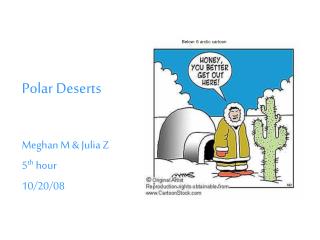 Deserts - . intro. deserts cover 25 % of earth’s land surface 13 % of population live on deserts we have adapted

Deserts - . part 1 introduction to deserts (not desserts!!!). what is a desert… really?. the common definition of

Deserts - . map of deserts. information. who - many people live in, usually muslims, indians and nomads. what- deserts

Deserts - Jack kenney and tracie smith. deserts. deserts are present on every continent except europe. they cover many

Deserts - . stephen kozlowski marshall plumley dmitriy adamia. what is a desert?. deserts cover over 1/5 of earth’s

Deserts - By: ethan thimmesch and eli bailey. deserts. deserts on earth. the deserts in america are very hot and dry.

DESERTS - By : jose marco izaguirre. deserts. deserts cover about one fifth of the earth's land surface. most hot and dry

Deserts - The extremes about it, t he life in the desert and s ome cool interesting facts about it. william.

DESERTs - By caitlin. deserts. a desert is a place with 10 inches or 25cm of rain or less a year.  deserts cover about

Deserts - By brendan austin and stephen cobb. deserts. most deserts are hot. dry places that get very little rain.

Deserts - . map of deserts. d eserts. who- people actually do live in the deserts and adapt well to the heat these people

Deserts - . deserts. dry places that have a dry climate-the yearly precipitation is less than the evaporation loss dry