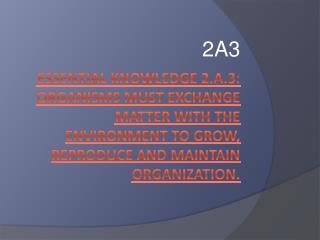 2A3. Essential knowledge 2.A.3: Organisms must exchange matter with the environment to grow, reproduce and maintain organization. Nature of Atoms. Matter has mass and occupies space All matter is composed of atoms