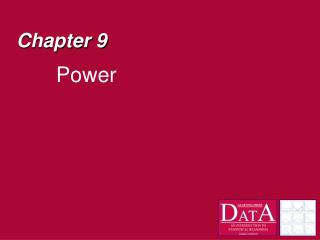 Chapter 9. Power. Decisions. A null hypothesis significance test tells us the probability of obtaining our results when the null hypothesis is true p ( Results|H o is True)