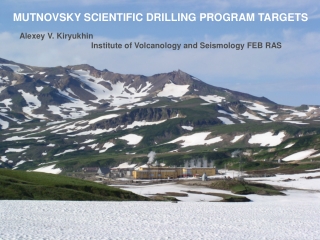 ACUI Clay Targets Program - . acui is…. association of college unions international acui was founded in 1914 acui is a

Identify proposed drilling targets to address these questions. - Drilling the “ s hackleton sites” on the portuguese

Drilling - 1. 2. failure occurs at the intersection of the round pocket and the outlet rifle drilling (just barely