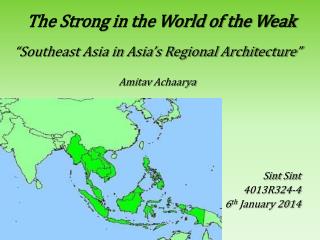 CG IN EAST ASIA - . dipresentasikan oleh fitriany. cg in east asia. a cross-firm analysis of the impact of corporate

UNIT 8 SOUTH ASIA - . subcontinent: a landmass that is like a continent, only smaller, such as south asia, which is

THE COLD WAR IN ASIA CHINA and KOREA - . essential question : what impact did the spread of communism into asia have on

Asia - . china, japan, and the koreas. chapter 1 – east asia, physical geography. some of the questions you will be