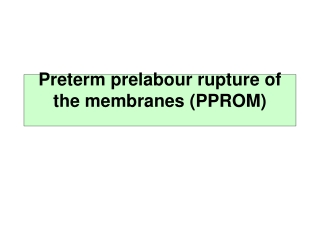 Preterm Premature Rupture of Membranes and Neonatal and Maternal Outcomes - Objective: the management of preterm

Rupture of the uterus - . -the most serious complications in midwifery and obstetrics. -it is often fatal for the