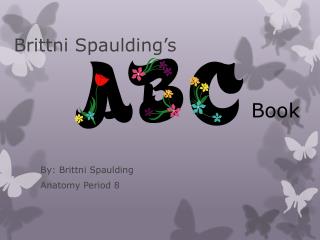 Book. Brittni Spaulding’s . By: Brittni Spaulding Anatomy Period 8. Is f or ADOLESCENT. growing to manhood or womanhood; youthful. Is for BABYSITTER. to take charge of a child while the parents are  temporarily away. Is for CONDOMS. Understanding Goodwill and When to Appraise the Loss - . presented to the 1 st joint luncheon irwa – chapter 1 and the

Communication Strategies of Three Top Rehabilitation Hospitals in the US - . a comparison of the online media presence of

The incredible egg - . presented to you by- mr. spaulding. what is an egg?. egg- the female germ cell. the egg becomes

MrV’s Solving Word Problems - . 1. read the whole problem slowly, all the way through hw only : write down the problem