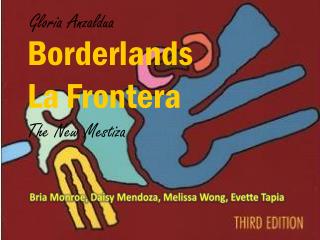 Florida - . - garilaso de la vega paints the image of a brave fight between a tula indian and four spaniards one of whom

Tales Told Out on the Borderlands: Dona Maria's Story, Oral History, and Issues of Gender - . by james daniel presented

El Subjuntivo la frontera final - . p.171-173. el subjuntivo. in this slide show, we are going to look at a verb form

Producing Borderlands 2 - . who am i?. my name is matt charles. my title is producer . i graduated from utd in 2008. why

Spanish Borderlands of the Eighteenth Century - . by: nicole cabrera and patypadron. introduction. there is a large