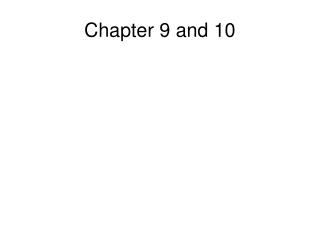 Chapter 9 and 10. 1. Did not want to be drafted, so he enlisted to choose his position in the war Tricked by the illusion of a clean, peaceful, and natural war – he’s the naturalist and thinks he can still be in nature/goodness while at war. 2.

Chapter 9 - . routine venipuncture. learning objectives. list the information that is commonly found on a test

Chapter 9 - . testing and inspection of welds. objectives. contrast six differences between mechanical or destructive and

Nehemiah Chapter 9 - . let us bow before our maker. nehemiah – where we’ve been. the 1 st 7 chapters tell the story

Chapter 9 (IX) - . content goal- to understand elements the author makes obvious versus ones she wants you to think about

Jekyll and Hyde: Chapters 9 and 10 - . english 12 mrs. malaspino. chapter 9: dr lanyon’s narrative. with which of the