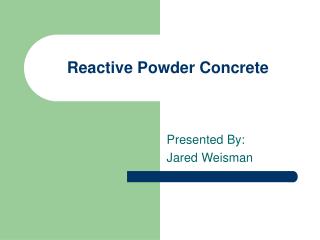 Reactive NUMA - . a design for unifying s-coma and cc-numa babak falsafi and david a. wood university of wisconsin. some

Reactive Extensions - . ye olde introduction and walk-through, with plenty o’ code. ok, what is it?. a library to

Be reactive - . q what is an indicator? a: a substance that changes colour depending upon whether it is acidic, neutral

REACTIVE ARTHRITIS - . definition. a form of peripheral arthritis often accompanied by one or more extra-articular