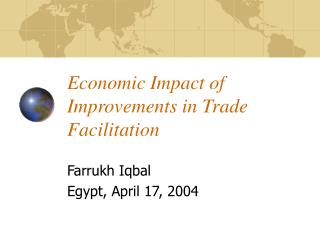 Trade Facilitation, the Doha Round, and LDCs - . nkululeko khumalo 26 june, 2005 livingstone, zambia. overview. what is

Evaluation of Regional Trade Agreements in the Pacific Islands - . biman prasad professor of economics and dean of the

Facilitation techniques - . the fishbone diagram for a general description of its use visit http://