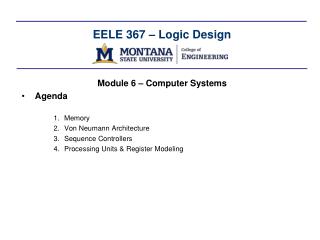 Reversible Computing Theory I: Reversible Logic Models - . reversible logic models. it is useful to have a logic-level

Logic Gates - . chapter 3. introduction to vhdl. entity. describes all inputs and outputs every vhdl design must has at

LOGIC I General methodology and introduction to formal logic - . draft. lectures on informal logic are based on books by