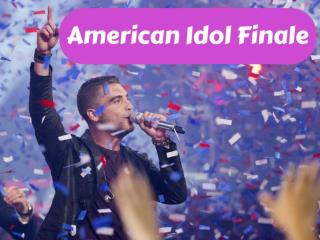 The second-to-last ever American Idol winner is crowned.

Why Are Talent Shows So Popular? - . sharon, vince, and leo. outline. -sharon- i. introduction a. the brief introduction Napoleon crowned as Emperor - . 1804- he decided to make himself emperor, which the french supported. took the crown from

Sharp Dressed Man , The ZZ Top Musical - . sharp dressed man (“ sdm ”) is being developed in conjunction with the la

American Idol Returns - How often are. you guilty of

Welcome to United American Western Region Seminar - . win a kindle reader!. attend a seminar workshop and enter to win a