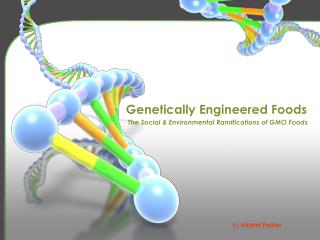 Factors Affecting Consumers Purchasing Behaviour Towards GM FREE Products in a European Region: The case of the Prefec

GMO GM foods - . what is genetically modified food?. when a gene from one organism is purposely moved to improve or