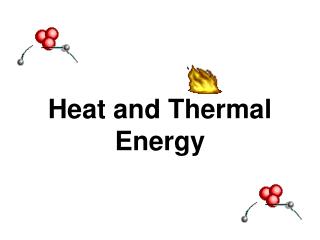 Heat and Thermal Energy. Temperature!. How hot or cold something is with respect to some standard. Try this! What do you notice?. What's a standard?.

Hewitt/Lyons/Suchocki/Yeh Conceptual Integrated Science - . chapter 6 heat. this lecture will help you understand:. the

Chemistry and Heat - . that’s hot stuff. energy is the capacity to do work. energy is measured in joules 1 joule of

RADIATIVE HEAT TRANSFER - . thermal radiation is the electromagnetic radiation emitted by a body as a result of its

Energy and Chemical Reactions - . 1. heat and temperature. heat is energy that is transferred from one object to another