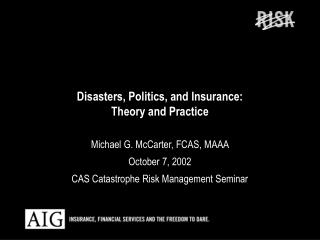 From practice to theory and back again - . in theory there is no difference between theory and practice, but not in

NOC Theory and Practice - . part ii: the nuts and bolts (the practice of making a good noc). disclaimer. i am not

Sickness, Health, and Disasters - . preparation medical insurance card. shortly after you arrive, you will receive a

The Importance of Theory to Practice - . theory vs practice theory is an abstraction of reality that explains something.

Natural and Manmade Disasters - . disaster preparedness. what disasters would and could effect our community?. manmade.

Is there a theory-practice gap Some thoughts from organizational studies - In considering this question? . we had ongoing