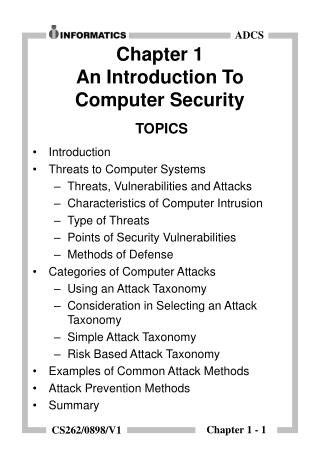 Chapter 1 An Introduction To Computer Security

Chapter 1 An Introduction To Computer Security

TMK 264: COMPUTER SECURITY - . chapter three : security system. introduction. consider what we mean when we say that a

Chapter 1: Fundamentals of Security - . jv note: images may not be relevant to information on slide. this chapter

Chapter 1: Introduction to the World of Computers - 2. learning objectives. explain why it is essential to learn about