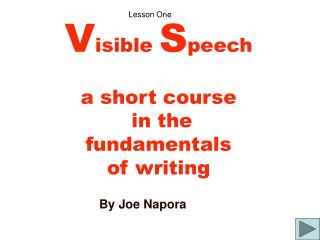 Fundamentals of Writing an Effective QAP - . presentation to: kwwoa april 15, 2013 department for environmental

V isible S peech a short course in the fundamentals of writing - . by joe napora. visible speech: writing fundamentals. a