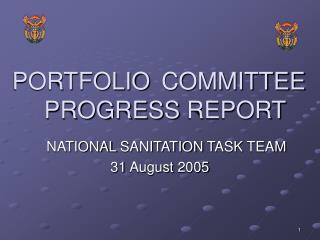 Presentation to the Portfolio Committee on Health 16 October 2013 - . purpose of the presentation. to reflect on key

GLOBAL PROGRESS REPORT - . 2012. on implementation of the who framework convention on tobacco control . scopes of global