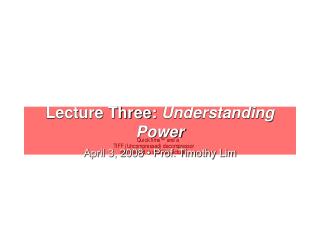 13: Final Review Intro Econ - . c.l. mattoli. intro. this will be a final review of intro econ. we warn that this is by

The Nexus of Energy, Environment and the Economy WIN, WIN, WIN - . international board of direction ite oct 31, 2008 alan