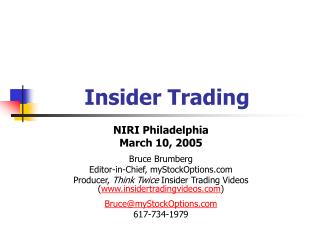 Chapter 21 Investor Protection, Insider Trading, and Corporate Governance - . learning objectives. what is meant by the