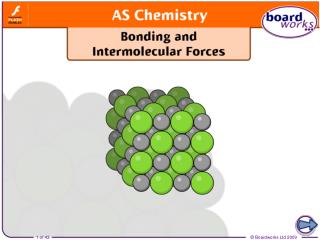 Types of Chemical Bonds - . bond energy. bond energy – the energy required to break a bond atoms will bond in order to

Intro to Bonding: Ionic Compounds (Type 1 and 2 Binary Compounds) - . what is a bond?. a bond is a force that holds

Types of Bonds - . a. electronegativity - the ability of an atom to attract electrons to itself in a bond 1. periodic

Types of Bonding - . chemistry mrs. harvey. for each compound below, find the first and last element on the periodic

Types of Chemical Bonds - . ionic bonds are the electrostatic forces that exist between ions of opposite charges they

Bonding and Naming Review - . by mrs. billings. overview. what is a bond? 4 types of bonds naming type i, ii, &amp;

BONDING TYPES: IONIC BONDING - . what is an ionic bond? how do i name ionic compounds? how do i write the chemical

Types of Bonds - 5.1 amole. types of bonds. chemical bonding. when two or more atoms join a bond is formed it will not

Bond types - . ionic bonds. bonds are formed by the transfer of electrons. the charges hold the atoms together. covalent

I. Types of Chemical Bonds - . ionic bonding chemical bond made by attraction of oppositely charged atoms after the