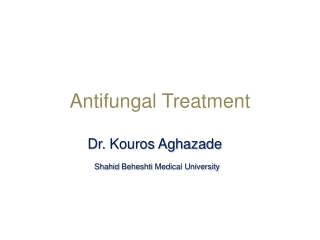 Antifungal Drugs - . infectious diseases caused by fungi are called mycoses and they are often chronic in nature. many

Antifungal Drugs I - . humans and fungi share a common biosynthetic pathway for sterols from squalene (via squalene 2,3