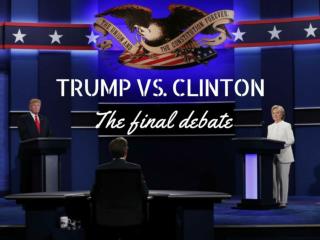 Donald Trump and Hillary Clinton meet for their third and final presidential debate. The Trump Effect : - . how president trump’s federal appointments and de-regulation will transform the workplace. mark

Urban transport: The public vs private debate - . lo: explain the management of transport in urban areas, including the

Cattle Lot Beef Vs. Pasture Beef “The Debate” - . by: jordan cress . cattle lots…. it takes cattle that are fed

Cattle Lot Beef Vs. Pasture Beef “The Debate” - . by: jordan cress . the debate. there has been an ongoing debate on

The Clinton Years - . the main idea bill clinton was a new type of democrat, and his administration faced challenges for