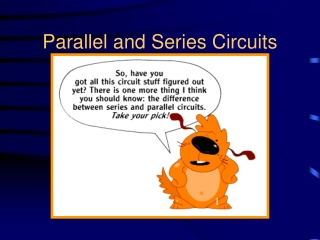 1. Parallel and Series Circuits. 1. 2. Definitions. Voltage (V) electric potential, measured in volts (V) Electric Current (I) a measure of the rate at which electric charges flow, measured in Amperes (A) Resistance (R)