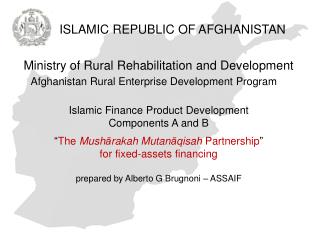 Afghanistan - . lesson starter: what were the reasons behind détente in the 1970s? (4marks). today we will understand

Afghanistan: - . people, places, and politics. regional map. afghanistan is a landlocked country, making the export of

Importance of Water to the Development of Afghanistan - . june 22, 2011 guy fipps professor and extension agricultural

Afghanistan - . amanda toth. kabul. kabul is the capital and largest city in afghanistan. it’s population is about