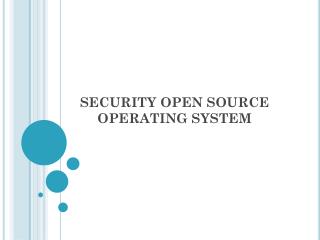 The Petroleum System- From Source to Trap - . a petroleum system encompasses a pod of active source rock and all

LINUX PRESENTATION BY, Nikhil v jain - . what is linux? the most commonly used operating system for this purpose is linux

Red Hat vs Ubuntu: Differences Between the Linux OS Distributor - No doubt, red hat and ubuntu are two of the biggest