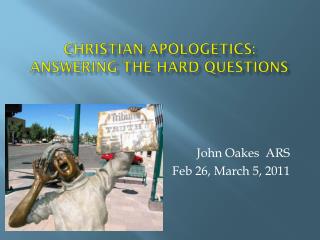 3 Questions to Ask When you Visit your Auto Repair Shop! - Are you looking for a reliable auto repair shop? contact our

Apologetics - . session 1 – intro and prophecies about jesus. “but in your hearts set apart christ as lord. always be

Apologetics - . hell. is hell real? if god is love, why did he make a place for punishment? is it really fair for me to