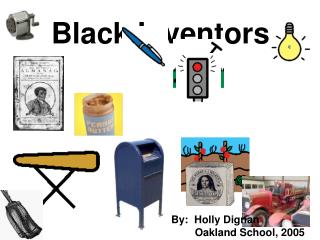 Black Inventors - . benjamin banneker. using a model of a pocket watch he had borrowed from a merchant or traveler,

Black American Inventors and Innovators - . assembled by dr. teshia young roby. about this

Inventors! - . thomas ediso n. thomas edison when he was a kid. early life. thomas mind often wandered in class his

Inventors - . click on this button to get back to the home page:. click on the image or phrase to choose your page. “i

Inventors - . ss5h3. the student will describe how life changed in america at the turn of the century. b. describe the