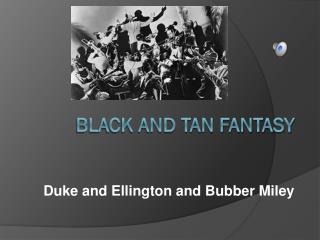 Duke and Ellington and Bubber Miley. Black and Tan Fantasy. Duke Ellington. ‘Duke’ Ellington (1899-1974) . Widely regarded as one of the leading figures in American Jazz in the period from the 1920s until his death in 1974 . http://www.youtube.com/watch?v=qDQpZT3GhDg.

Illustrator: Shaun Tan - . “you look at a car, and you try to see its car-ness, and you’re like an immigrant to your

The Wonderful Life of Puppies - . they come in different kinds of puppies all kind of colors. alaskan DARK HORSE …the definitive lyrics of the songs from the album… - . by: mohammed l. saavedra. foreword. this

Hound of the Baskervilles - . literature exam. you will need to: • develop and sustain independent interpretations of