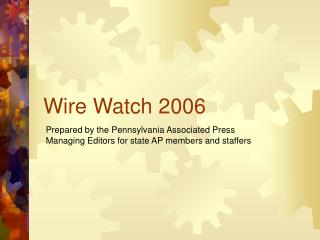 Magnet Wire - Magnet wire or enameled wire is an aluminum or copper wire covered with a thin layer of protection. it is a

Wiring the Desklamp - . basics of wiring. types of wire. for this project we will be using two types of wire: 3 wire and

HY-WIRE CAR - . abstract. in this we describe about car that runs on hydrogen. we give in hydrogen as source of fuel for