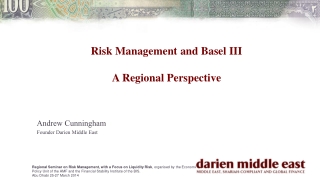 Risk Management and Basel II - . indian institute of banking and finance. how do banks make money?. by playing “term”

Basel II Operational Risk - . an overview of where we are as at 30 th september 2004. this presentation is annotated.