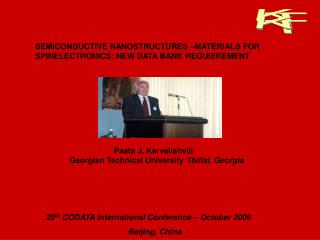 SPEAKER’S PRESENTATION - . your name, your title, the company you work for, other relevant information. insert the

Creating Your TPP Presentation - . because your presentation will be made available on the internet, the americans with

TOK presentation - . can you read the pamphlet please?. carefully!. “death by powerpoint”. tok presentation. for