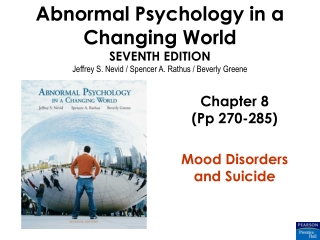 Depression and Newer Antidepressants - . ashraf b. abdel-naim professor of pharmacology and toxicology faculty of

Mood stabilisers - . at least: a treatment that is effective in augmenting the management of mania and/or depression