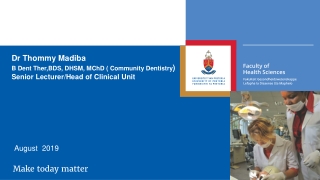 Madiba - . by : snejana cilia . nelson mandela was the most famous prisoner in the world. he is probably also the most

Madiba has Died - . an example of forgiveness. &quot;as i walked toward the gate that led to my freedom, i knew if i

A note from Madiba - . “what is often overlooked …is the immense, untapped potential of rural communities to take the

BDS Education - : a to z u201cdo it yourself, teach it yourselfu201d product range for children. programmable robots for

BDS layout - . extract from today’s talk given to dcb august 22 full version at