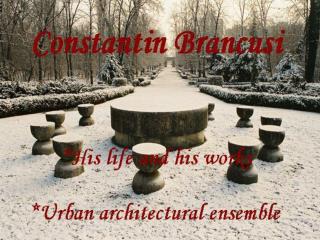 Bach to Brancusi - . the history of art and music. http://witcombe.sbc.edu/arthprehistoric.html. the birth of art:

Mircea Dragu¹, Corina Dobrota 2 , Constantin Ploeşteanu 3 - The place, role and importance of motor games in the

Constantin Stanislavsky - . “love the art in yourself, not yourself in the art”. 9754007 ivy lee . introduction of

Carving : A Subtractive Process - . michelangelo. carrara, italy: where michelangelo got his marble, and where marble is

Russian Futurism - . yes, you may label this #4 if you